The work Borders, Video 4’ 15’’(London 2013) is based on the idea to create simple works that can explore the fragile boundaries between sculpture and drawings, performance and video, reality and fiction.


BORDERS, video creation 4’ 15’’, London 2013
Francesco Bartoli 2013
The video piece tries to reflect about the concept of borders in a more poetic way. The video shows two bodies lying one on other that create a flexible line (a conceptual drawing) that slowly becomes a piece of paper with a sketch on it.

Frames from Borders, Francesco Bartoli 2013
During the creation of this work I was obsessed with the idea of distance, the real physical space that my ex partner and I had created when we split. We were still living in the same city but there was a “spot” between us.
This space appeared on my mind like a sort of imaginary border that had it’s own changeable lengths and shapes. The line that comes out from the union of these two bodies can be seen like a drawing that reveals the border. In other words it’s presence divides the two bodies but at the same time it’s the result of their union.  A real border made by two people who are trying to know each other. 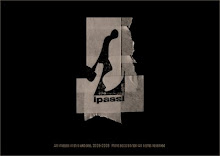 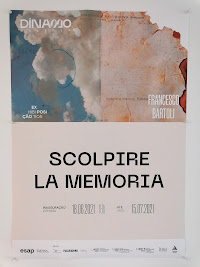 At the entrance of the main space of Dinamo Gallery in Porto, a big canvas titled Hanged Man reminds us that we are approaching an emotional space. Fairy Tales, Religion, Sexuality, Death, Childhood and Adulthood; concepts and references about the last solo show, the first one in Portugal, by Italian visual artist Francesco Bartoli. Scolpire la memoria refers to a kind of renascence, to the endless and intense circle of life. The show is built around the video Infinito finished in 2020 and is connected, poetically and metaphorically, to a particular place; the artist’s studio near Rome. In the show are also presented a selection of drawings from the series Sospiri I Mutazioni I Figure and a series of new sculptures called Scolpire la memoria that Bartoli will finish in the gallery during the preparation of the show. Small sculptures made of uncooked clay, objects and clothes that have been collected only few days ago from the old house of the artist’s grandfather. The idea of this piece is about molding the past with clay, leaving wet sculptures get dry in the gallery; as if time finally could turn into a piece of art even certain feelings. Infinito. Going back to the time when I used to jump rope as a signal of joy, resistance, pureness and strength. There is a moment in our childhood when something unexpected happens and we crash with the adult world. Our dreams seem to vanish and we jump into the real and heavy life. This happened to me when on the first of January 1992 I discovered my grandfather hanging on the stairs of his house. He killed himself, but before that, he left the key outside the front door waiting for someone (me) to rescue him. Years went by and after many years traveling and living abroad, I came back to Italy and built my own studio in the garage right next to my grandfather property. The energy of that land has changed since then. The images that compose this installation were filmed in my grandfather's house in 2020. 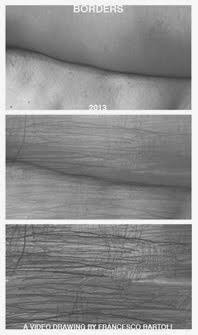 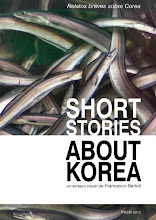 Going for a walk in the streets of any South Korean city is like suddenly finding oneself in an endless intersection of intoxicating roads. Before getting involved in any creative project, I found it convenient to ask myself a key question: what should I fixate my attention on? I decided to concentrate on the silence and minimal actions of those persons that enliven the dynamic Korean society.

I created these works during the five weeks I spent in the city of Gwangju, on the occasion of its’ important art Biennale.

Far from trying to understand the Story of this country, my intention was to create a series of short stories with varying degrees of social relevance that would talk about the routine and tasks in a Korean metropolis. From the first moment, I considered the appropriateness of inspiring my work on anonymous stories, on subjects that, regardless of their “normality”, could reveal something important about that unknown place to me.

In a society where the frenetic production of technological “objects” and the enactment of old traditions are mixed to the point of being blended, each ordinary step through the usual streets becomes a new discovery. The markets, the public transport, the sensation of living in a continuous periphery –in spite of being in an urban centre–, make the images that compose this project travel from one atmosphere to another, in a culture that, as I see it, navigates between a burning westernization and the survival of indigenous customs. 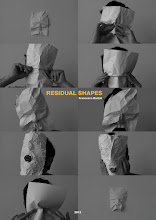 A new environment, habits and culture invaded my entire body and pushed me to find a new way of expressing myself. In that moment I was also thinking how to elude the pencil on paper and to find a new relationship with the blank sheet of paper. I needed to record these news thoughts and emotions in some way and I decided to turn them into shapes.

I was trying to leave traces on papers, to draw in a sculptural and physical way. The ideas that I had in that moment turned into Greek masks, medieval Icons or many lines that would help to sketch new identities.

This four works were developed at three different stages of my life but belong to the same train of thought. Three different media joined together by my reflections on the place where I was raised and the personages that still inhabit it. The strangeness experienced when I encountered the same context years later, the memories that came up in the conversations about the past, and a constant examination on my present role as an artist, are just some of the emotions and themes developed in this series.

I was looking for understanding in a place I had always believed to be little receptive and instead found acceptance and unlimited respect; a kind of abnegation that the members of my family feel towards a person that was able to become detached from the overwhelming bond one has with his roots. The contradictory feelings and the doubts experienced during my short visits home prompted this ever-changing self-portrait composed of the places and characters of my childhood. However, I voluntarily left out from this autoritratto the images of my present. 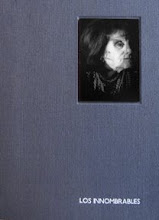 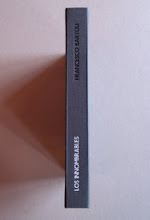 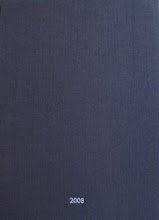